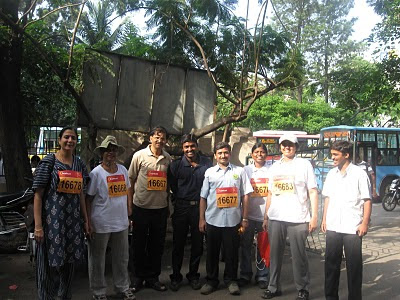 While we were amongst the smaller groups running (20 of us), the enthusiasm levels were extremely high. 2 CRT members ran the 10 K while the rest participated in the 5.7 K. 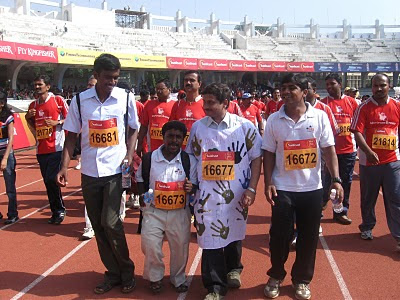 CRT was running to raise money for a program to help children affected by the North Karnataka Floods that hit in late 2009. Details on this can be found here. 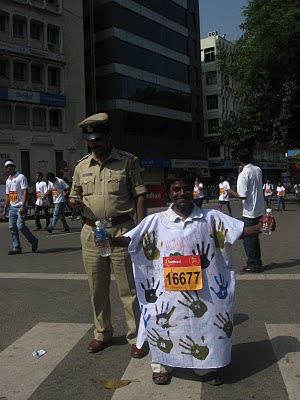 Mr. Nagaraj of CRT was quite the showstopper with his enthusiasm and endearing personality. Even the cop joined us in some of the fun!

The preparations for the actual run/walk in the process were sidelined with conversations leading up to the day being about whether we will survive the run/walk and if the weather gods will be on our side (Both of which went our way finally!). 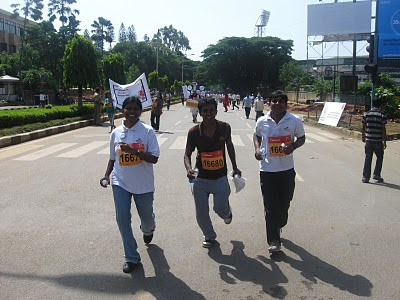 The only time they attempted to run was when the camera was on them:)

The energy and excitement at the event drew us all in and seeing the innovative ways in which various social messages were shared using the platform gave all of us ideas for the next time. 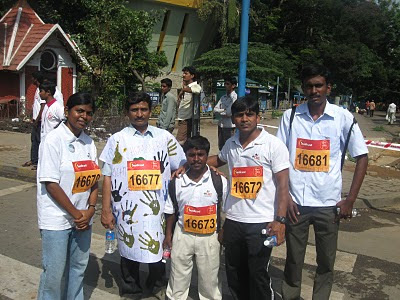 CRT team members towards the end of the walk ( looking more tired than they would like to admit!)

We finally raised Rs. 35,000 through this run. While the amount hardly matches the lakhs that many other NGOs raise through the event and the team running was small, it gave us a glimpse into the possibilities this event holds. Everyone was brimming with ideas about how to organise ourselves better next time and all that we can do differently. 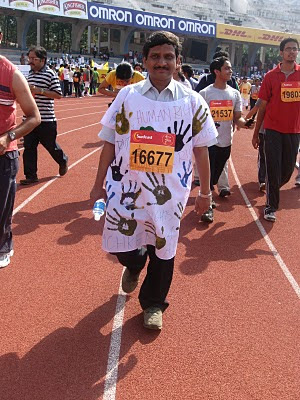 So the day ended with a lot of fun, meeting many of our NGO colleagues along the way, a sense of satisfaction at having done our bits for a cause we work for everyday and a resolve to leave a bigger mark the next time around.
Posted by crtindia at Wednesday, April 30, 2014