An orientation on parenting was organised by CRT in association with Karnataka Parenting Network (KPN) at Ashirwad on January 27, 2010. 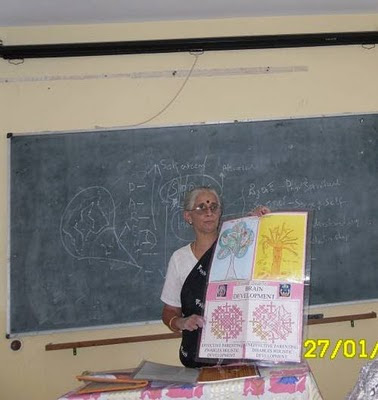 The orientation threw light on the concept of parenting in a broader context involving relationships beyond the dynamic of parents-children. We all have parenting roles as daughters, sons, brothers, sisters, in-laws, friends, boss, colleagues etc. With all of us in a parenting role every day of our lives, it becomes especially important to equip ourselves with the correct parenting tools and principles.

Ms. Hema Srinivas, the resource person for the orientation, gave details on the needs of children from 0-6 years and the corresponding skills required for effective parenting at each stage. This was done through an interactive session with the participants and the aid of a developmental calendar that related a child’s developmental needs at different ages to the actions and nurturing a ‘parent’had to give. 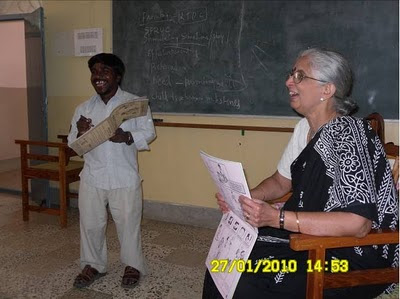 Many participants admitted to not knowing, before the orientation, the concept of parenting that extends beyond the traditional set-up and were appreciative of it. Some parents in the audience honestly acknowledged that the workshop helped them identify the mistakes they had made in their parenting approach previously and how they could set out to correct them now. 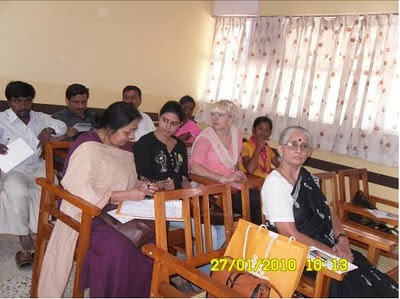 *Karnataka Parenting Network is a network of individuals and groups who are interested in parenting skills and promoting these skills through training and advocacy.

Anyone interested in joining this network can access the following google group: karnatakaparentingnetwork@googlegroups.com
Posted by crtindia at Thursday, January 28, 2010